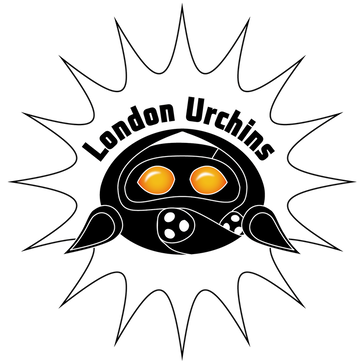 Welcome to the home of the London Urchins

A KeyForge community based in London.

What is a Thief?

What is a thief?
Our little steps make no sound,
As we sneakily move all around,
Quick! Back through the tunnel,
And underground,
To show our Faygin what we ‘found’.

With 250+ members, London Urchins is the community team of London’s KeyForge scene.
​
In January 2019, players were already asking for a team to be built that was more than simply sticking a name to a face, and after many discussions and jokes about what to name the team, the players were all happy to be branded the Urchins. Everybody knows, and loves, Urchin – the creature from Call of the Archons who has scuppered the forging of many a key (mainly the red one, it doesn’t like that one in particular).

We decided to build a group of players who want more than just a regular team with regular events. Thus was born the Urchins: 50+ players who play online, at big events and in social tournaments. Furthermore, another team of Urchins who wanted even more has evolved. Currently known as the Dark Urchins, they challenge the rest of the world to the highest level. However, unlike the rest of the world who wish for fame and riches, Urchins develop and grow for one thing… the attention and respect of their Faygin.